To construct the frame I began by cutting two 13″ arms from the 3/8″ basswood rods. The arms sweep out 14.5 degrees from the center placing the rear two motors about 7.25″ apart and the front two motors about 13.5″ apart. The cross arms are approximately 11″ long and they have been notched to rest across each other. It is best to cut and align the outer arms to a template before measuring up and cutting the inner cross arms. 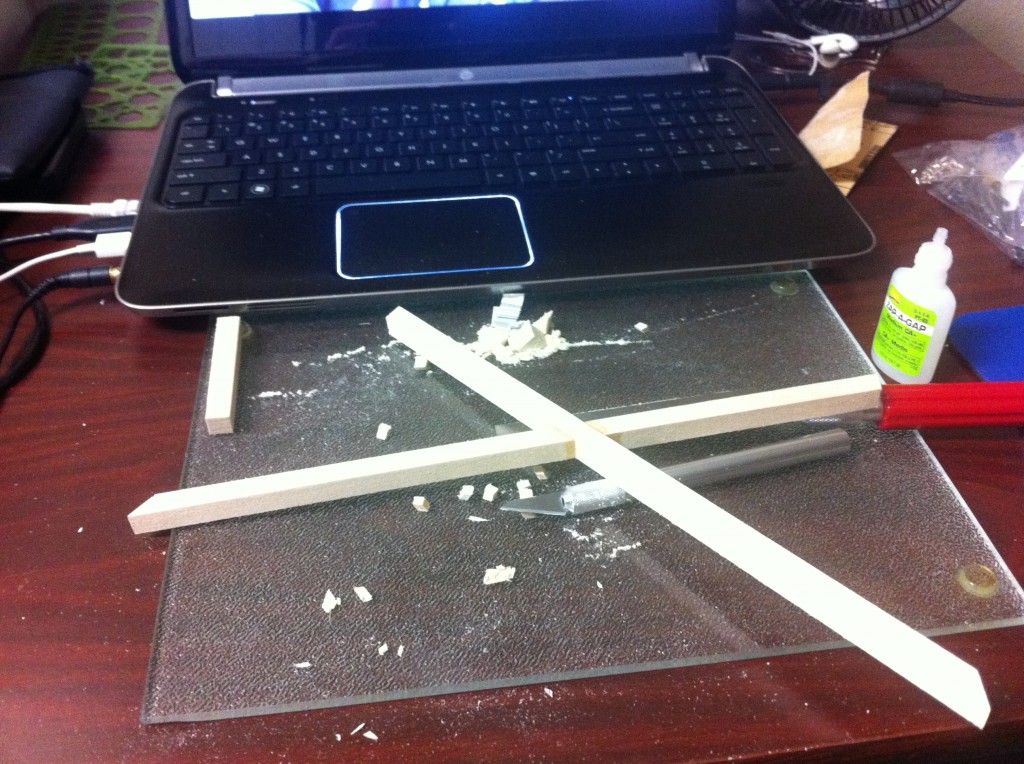 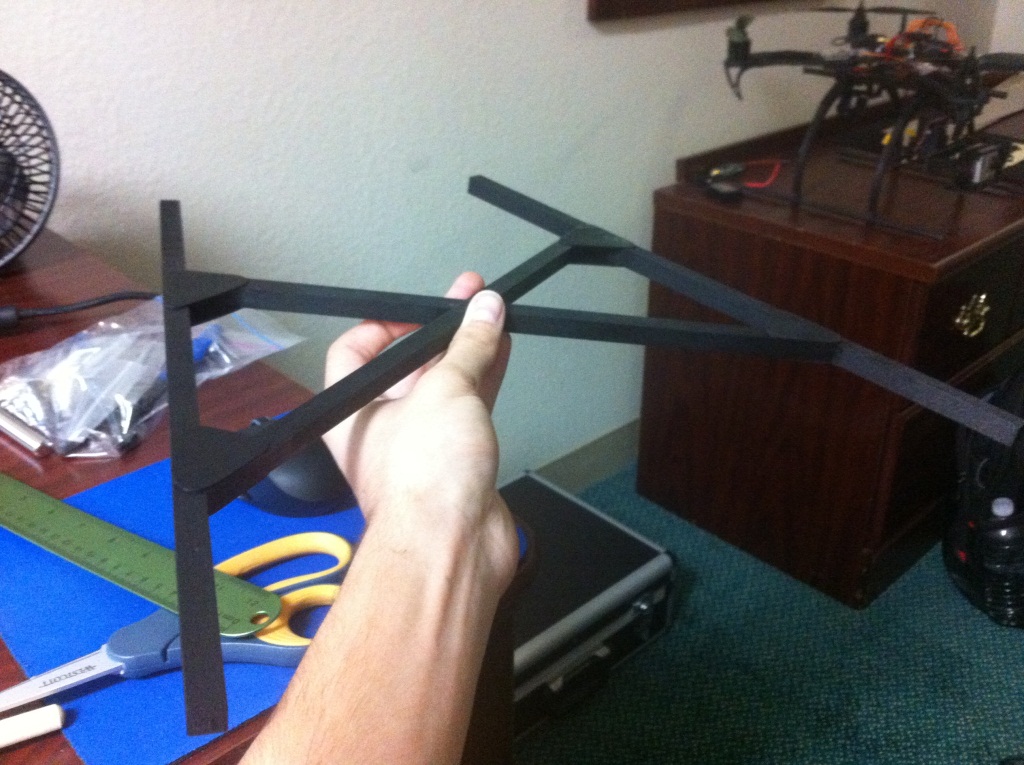 The center plate was cut to about 2.5″ x 5.5″ and slotted to mount the battery and radio gear. Before mounting the motors and ESCs I removed the servo wire of each ESC and replaced it with a longer wire. All three of the connections were soldered to the first ESC, but the reamaining ESCs only have a signal wire. I also soldered the supplied bullet connectors to each ESC and motor. The motor mounts are fixed to the frame with two M2x8 screws. The correct rotation for the motors is described in the KK2 motor layout. 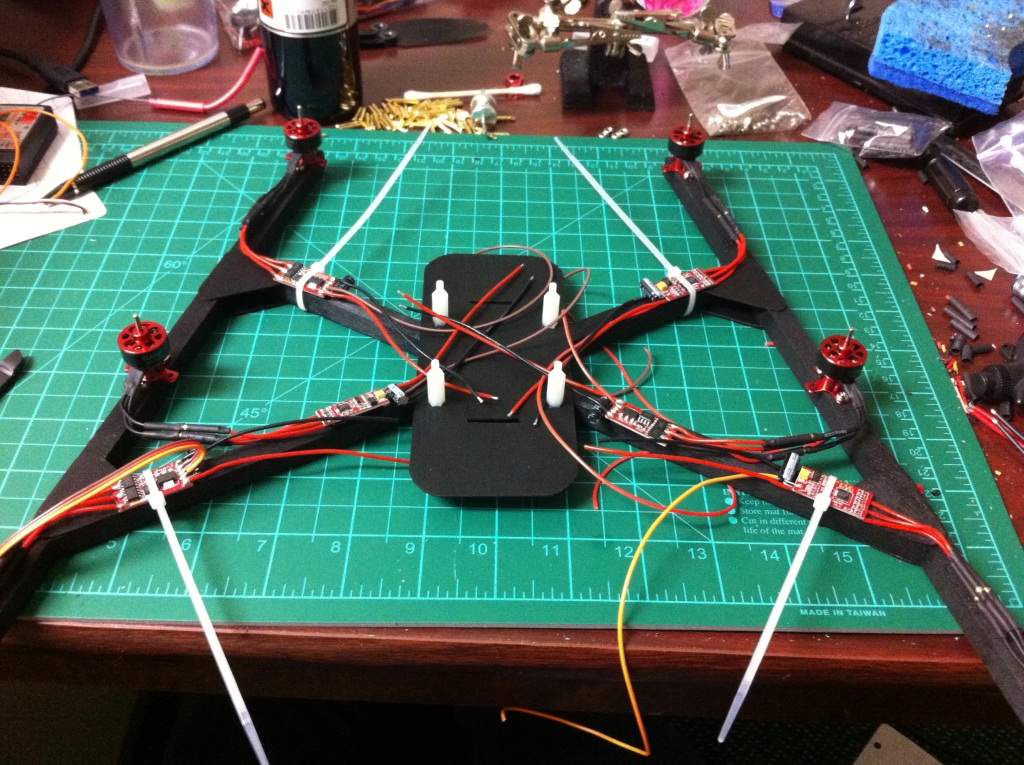 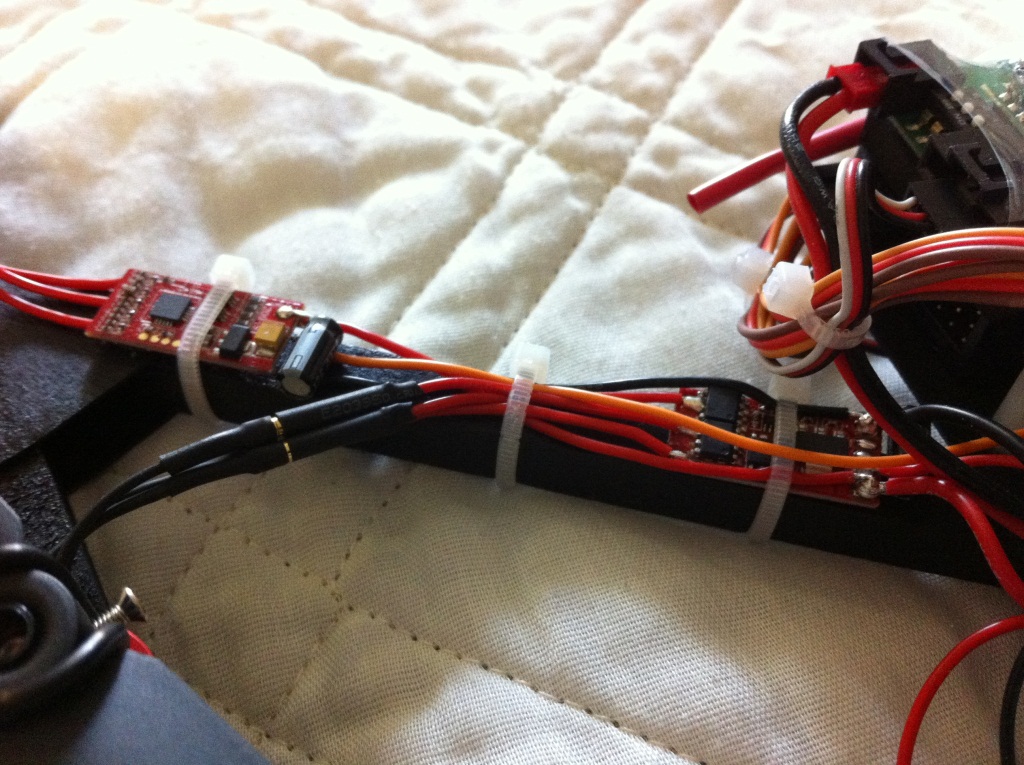 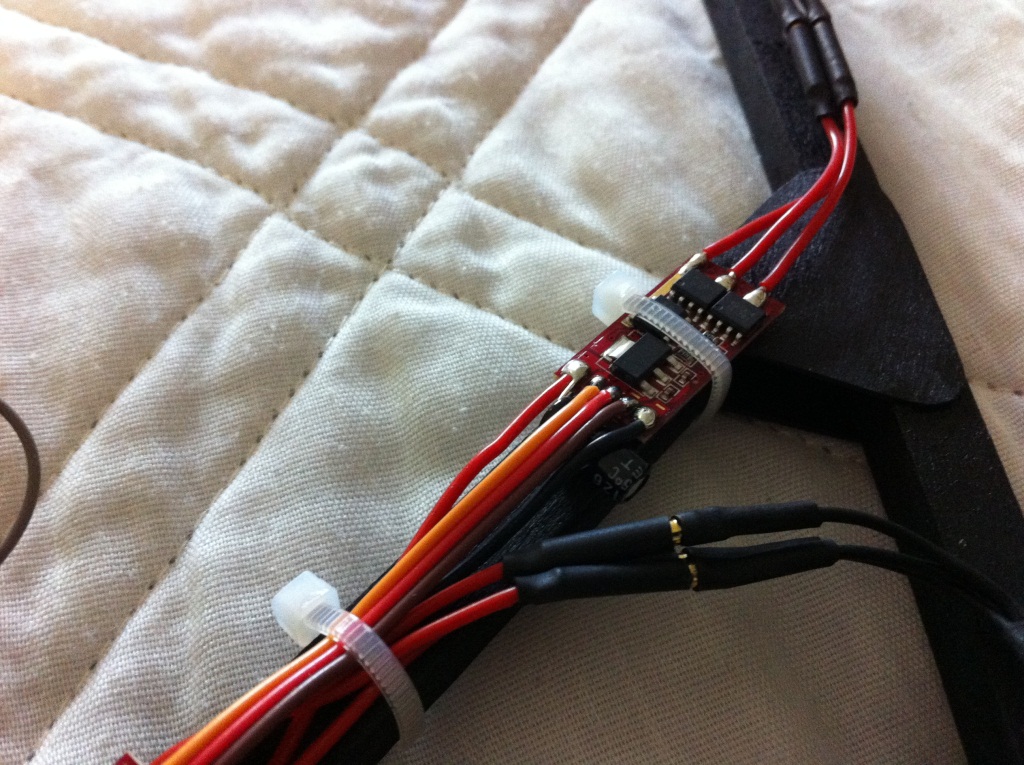 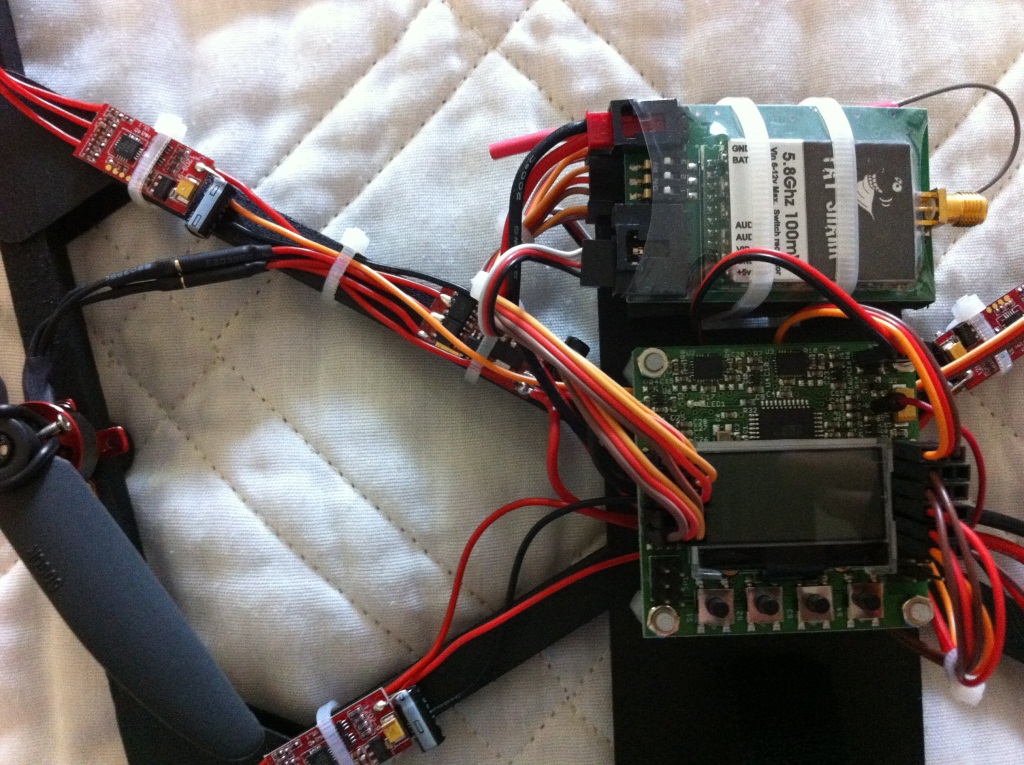 I mounted a Pico-Wide FPV Camera beneath the front plate of the frame. The fatshark 5.8GHz 100mW video transmitter is secured on top of the 8-channel 2.4GHz receiver. 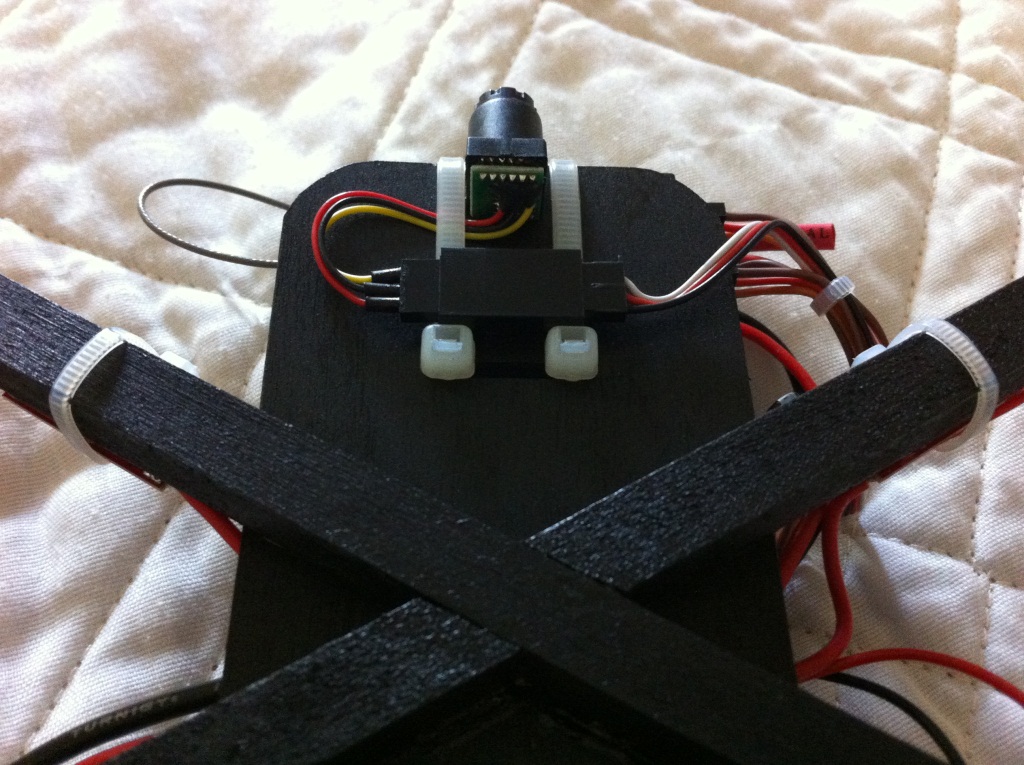 Finally, the 2200mAh 2S LiPo was secured beneath the rear of the center plate using a Velcro strap. The props are mounted with the supplied prop savers as they are the easiest and most well balanced method of mounting the props. Flight time with the 2200mAh LiPo is approximately 13 minutes. 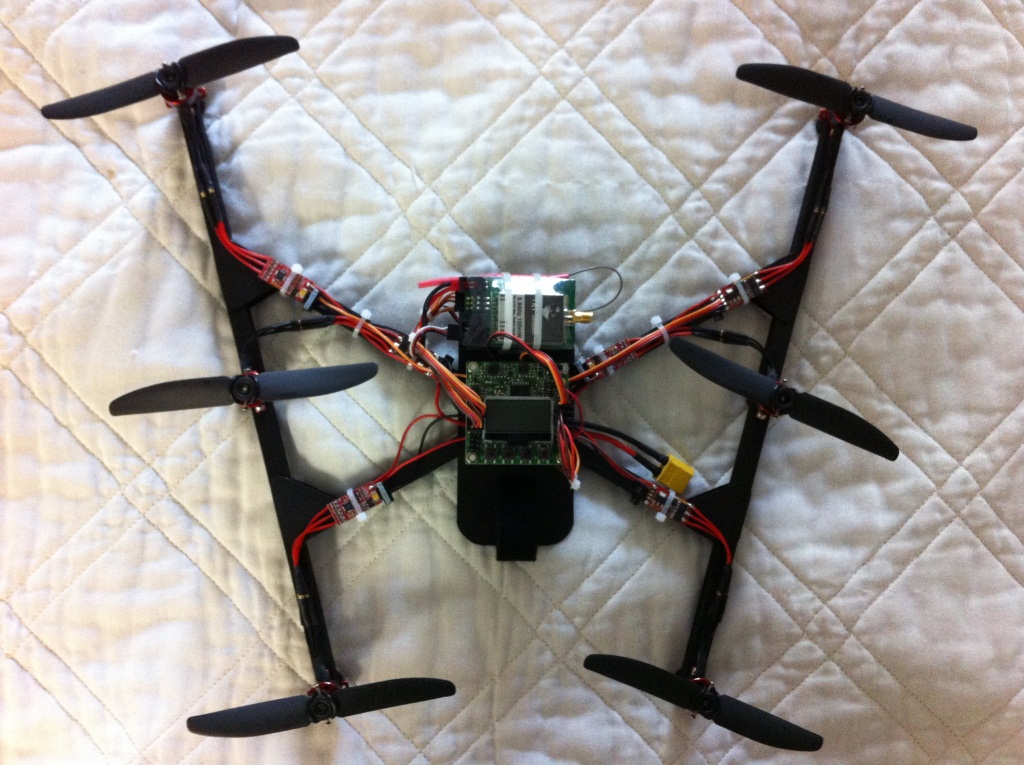 My current PID settings are as follows (These may still need some adjustment):

After spending an hour adjusting the auto-level settings, I arrived at the conclusion that the control algorithms of the KK 2 are not designed for true “auto-leveling” so much as they are for drift compensation. The algorithms are not calculating the precise angle of the controller, but they are instead compensating for acceleration due to gyro drift. This results in a huge amount of lag compared to that achieved through true auto-leveling with an AHRS algorithm. I eventually installed a MWC Crius MultiWii flight controller with a custom V6 mix. The flight performance far exceeds that of the KK2 in both auto-leveling and yaw authority. A tutorial for writing custom motor mixes for MultiWii can be found here. I also added some LEDs so that it looks like a Cylon Raider 😉 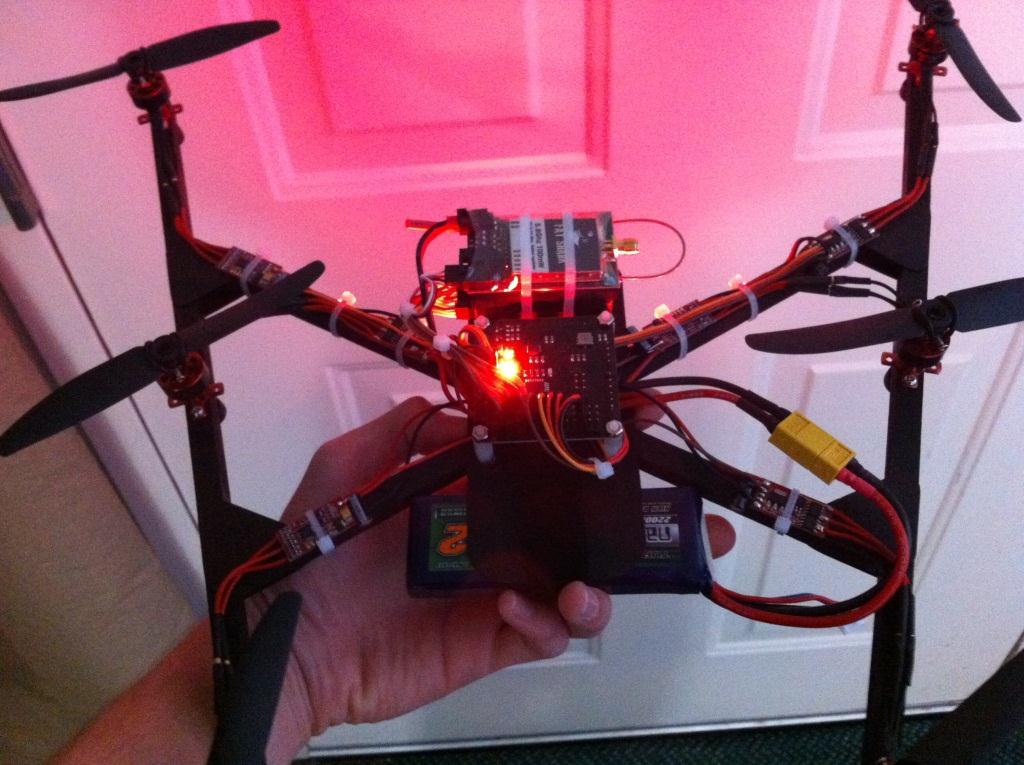 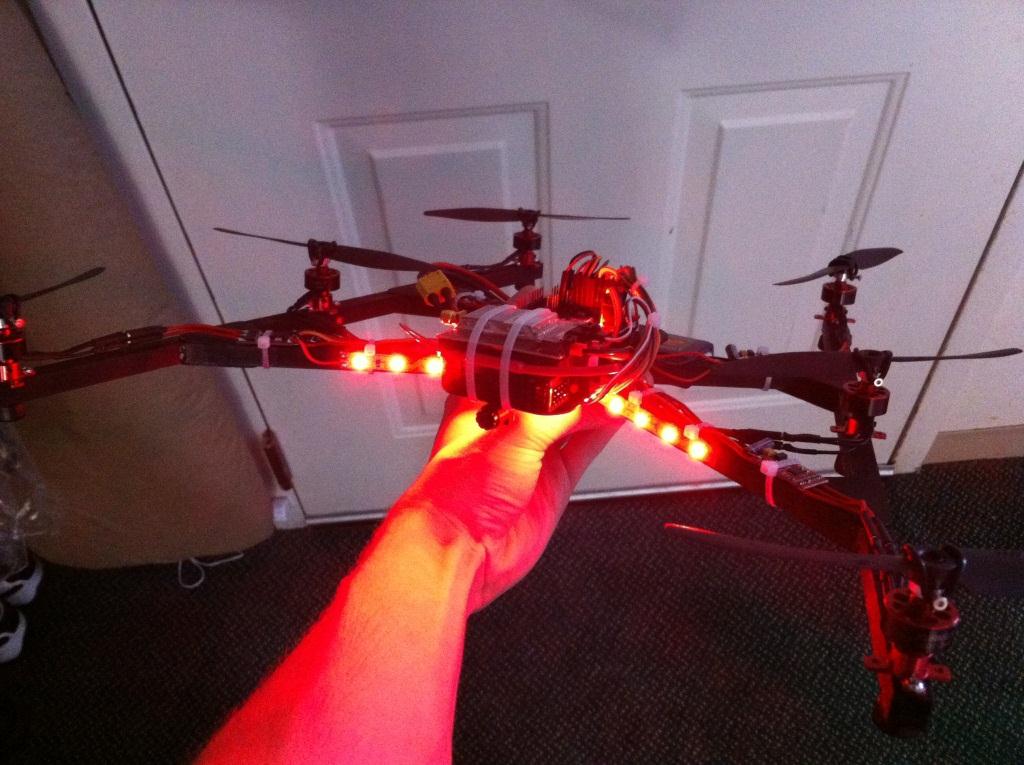 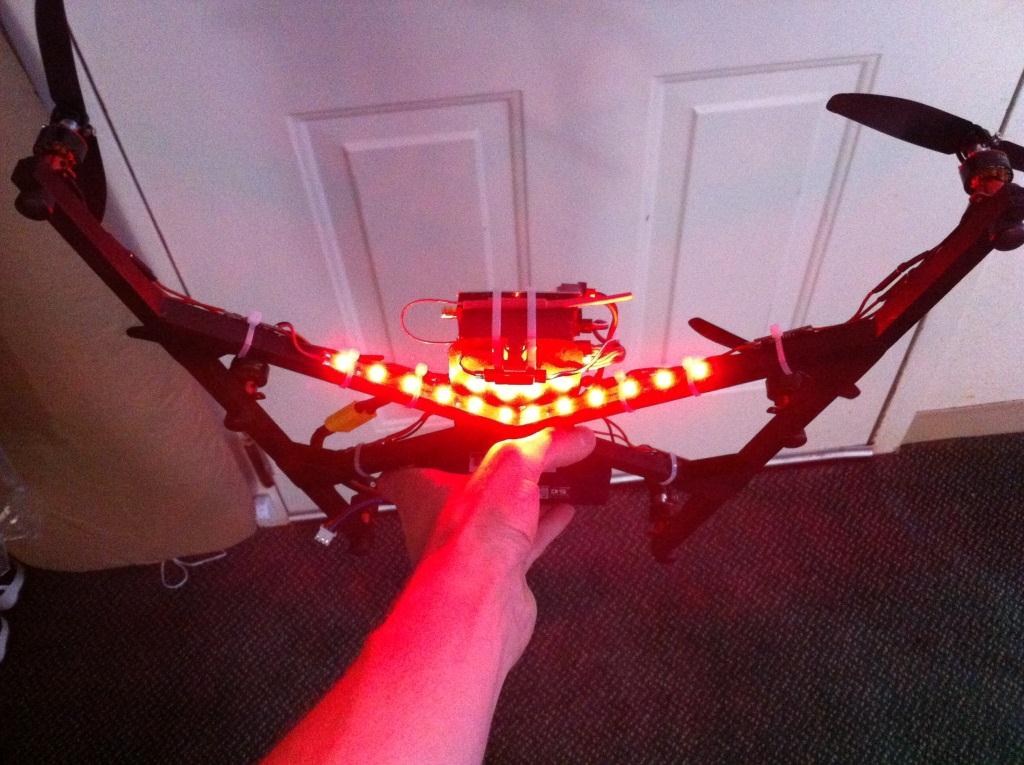