The first step in assembling the ground station is to prepare the video receiver. I chose to purchase the 200mW 5.8GHz video system from Hobbyking. After removing the enclosure, desolder one of the 2.5mm jacks. Wire two 3-pin female connectors in parallel to the video, gnd and vin connections. One of these connectors will serve as the source for the monitor and the other as power from the transmitter to the video receiver and monitor. 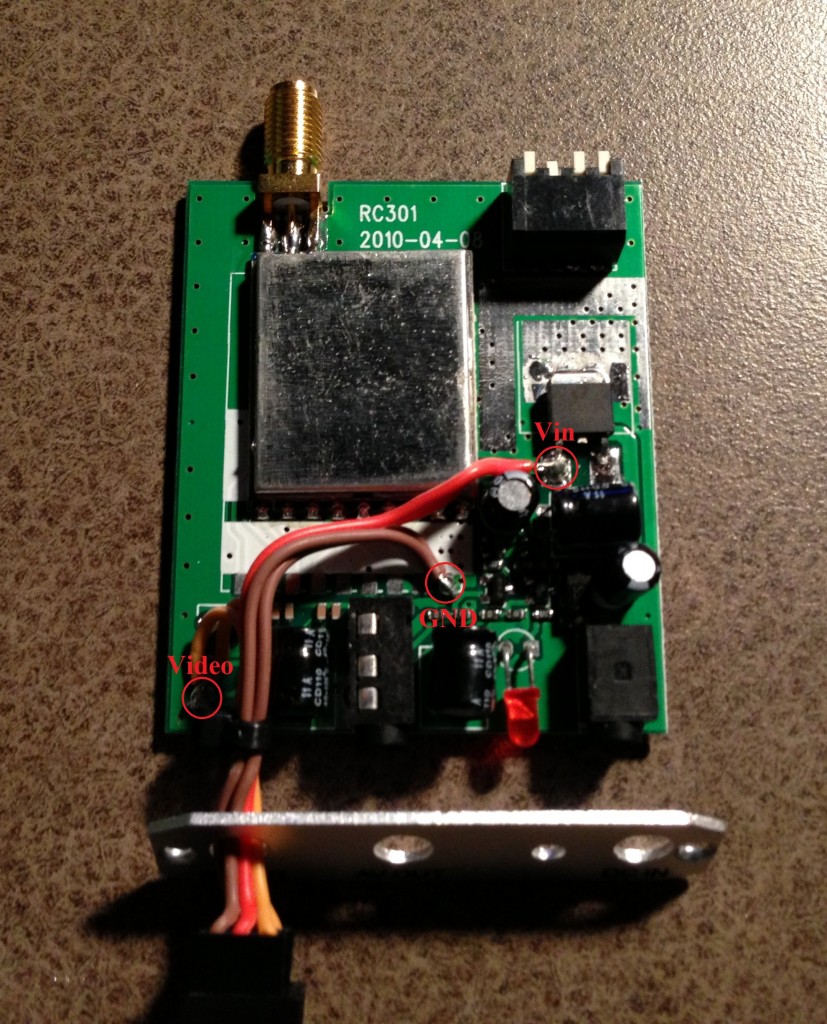 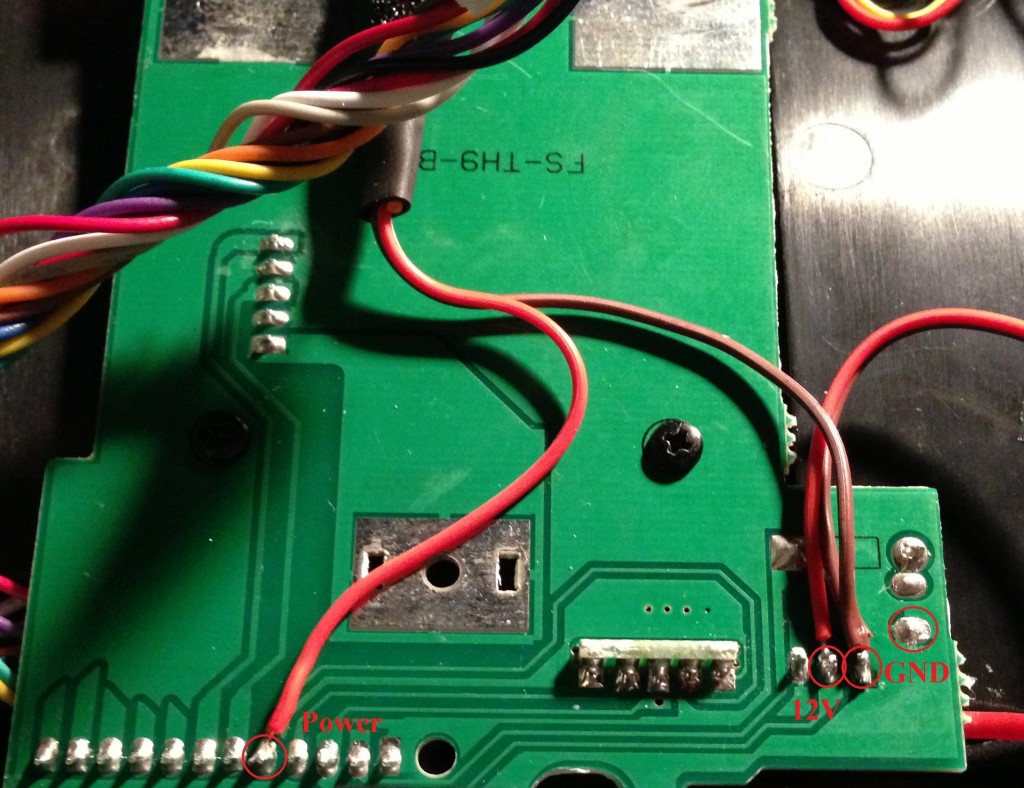 For the LCD Monitor I chose to purchase this 7″ LCD from Amazon. After opening the monitor enclosure remove the driver from the adhesive back of the LCD. Also remove the supplied input cable and solder three wires from AV1, GND and 12V. Terminate these wires with a male 3 pin connector. 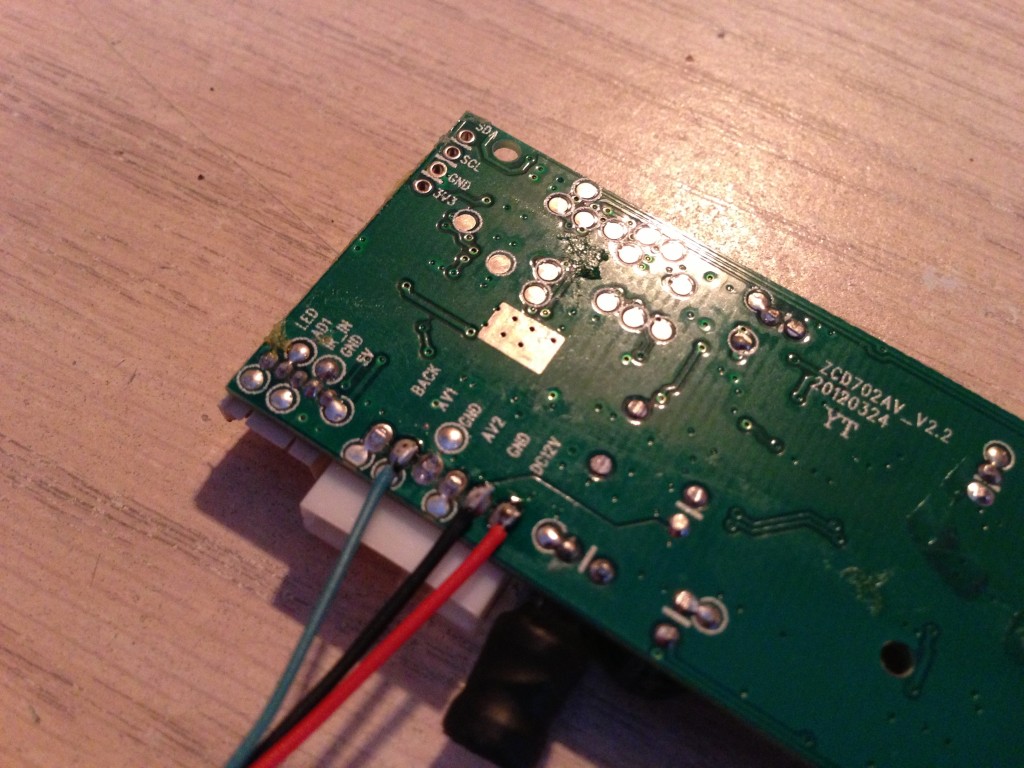 Reassemble the monitor enclosure and connect the 3 pin connectors from the transmitter and monitor to the receiver. To mount the LCD and receiver to the transmitter I have designed a plastic mount. 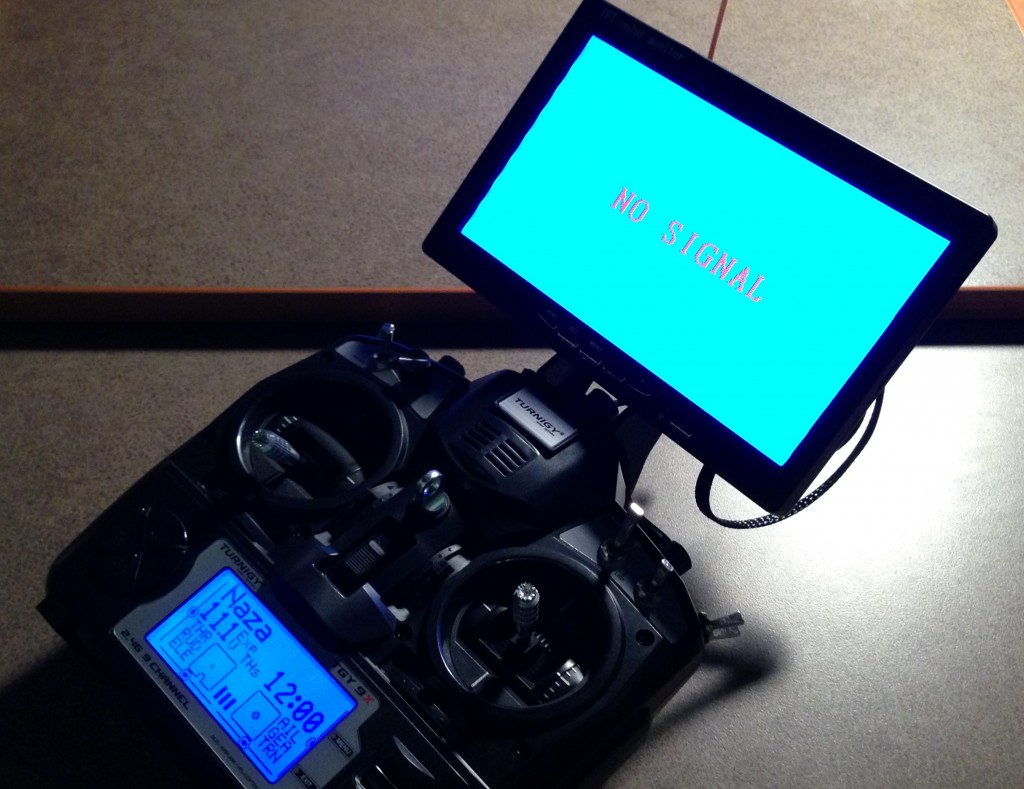 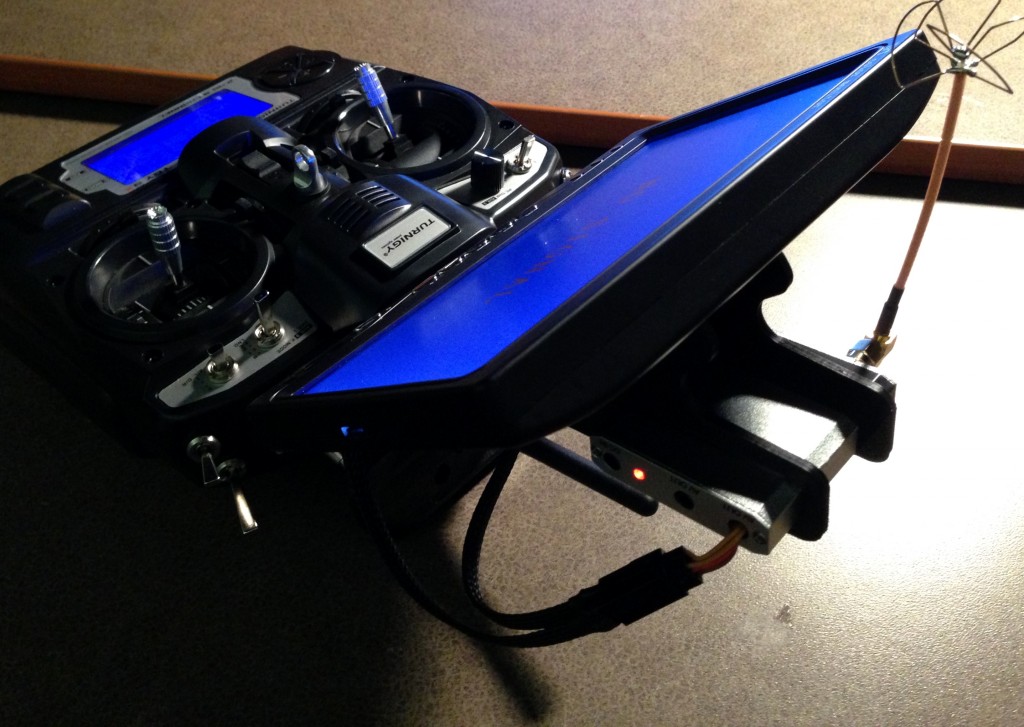